A Descriptive Study to Assess Attachment Styles, and Emotional Stability in Relation to Marital Satisfaction among Couples Residing in Selected Residential Areas of Gurugram, Haryana

Background: Marriage is one of the main decisions that an individual make in their life. Marital satisfaction constitutes the main determinant of life. There are several factors which predict marital satisfaction among couple like their attachment styles, emotional stability and demographic variables.

Result: The findings revealed that out of 50 subjects, maximum 80% had Secure attachment style, maximum 100% male and 98% females were emotionally stable and maximum 96% males and 94% females had moderate marital satisfaction.

Jcarroll, T Holman Knapps. Theorizing about marriage in Bengston, et a sourcebook of family theory and

Rezaeanlangroodi R, Azizinazahad M, Hashemi M. The investigation of biological and psychological of marriage criteria from the view points of Iranian University students with that of their parents. Procediasocial and behavioral sciences 2011; 28: 40-10. DOI: 10.1016/j.sbspro.2011.11.077. 3.

Hamidi F. A study on the relationship between attachment styles and marital satisfaction in married

Hamid F. The relationship between attachment styles with marital satisfaction among nurses. Journal of

Tummala A. The Relationship Between Attachment Styles and Lifestyle With Marital Satisfaction. Iran Red

Farzaneh. Trend Analysis of Changes in Marital Satisfaction and Related Dimensions across Family 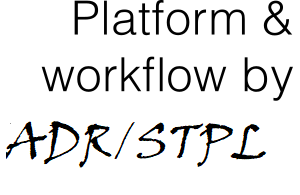